In the last five to six years, India has witnessed the phenomenal rise of the technology-based firms or apps. Right from their consumer base to funding-based valuation, they have only gone north on the map of growth.

However, the working conditions provided by these firms for their employees, who are mostly drivers and delivery staffs,  are not heading in the same direction.

Ride-hailing firm Ola, its food-delivery app Foodpanda, Uber and Bike-taxi app Rapido provide a poor working condition for their employees, according to the latest study conducted on the working conditions of twelve startups in the country. 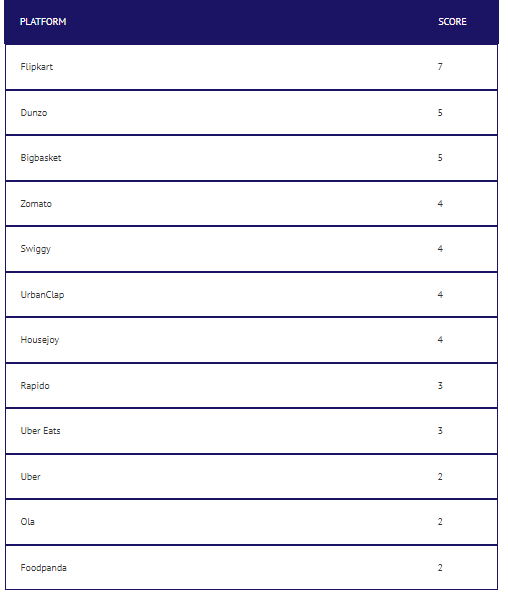 Flipkart topped the chart with meeting seven out of ten norms. Though, a decade old e-commerce firm flunked in providing clear terms and conditions to its employees. Dunzo and Bigbasket faired well with meeting half of the norms.

Not a single firm out of 12 startups recognise labour union among their workers. Only three Flipkart, Zomato, and Swiggy had a mechanism for workers to voice their concerns.

The research, which broadly shows carelessness in practice when it comes to taking care of its employees, throws light on the working environment in the Indian startups.

The study, based on startups representatives’ inputs, was released last week by Fairwork project, which is supported by the Oxford Internet Institute.

Exclusive: HomeLane to top up Series D round from existing investors