Oxyzo Financial Services, the lending arm of industrial goods and services procurement platform OfBusiness, has scooped up $200 million in a Series A round led by Alpha Wave and co-led by Tiger Global, Norwest Venture Partners, Matrix Partners and Creation Investments.

This is the first external round for Oxyzo which started as OfBusiness Group’s financing platform and was eventually made into a separate entity of the group. The company claims that it has raised the round at a valuation of $1 billion, making it the second unicorn of the group. In July last year, OfBusiness became a unicorn following a $160 million round led by SoftBank and is currently valued at around $5 billion.

Notably, OfBusiness’ backer SoftBank has not participated in Oxyzo’s financing round.

This round also marks an interesting development as Oxyzo becomes the first startup to attain unicorn status at a Series A stage. This is also the largest Series A round raised by any Indian startup.

The funds will be used to expand Oxyzo’s digital financial services, scaling the supply chain marketplace, launching innovative fixed income products for the SME space, and scaling other fee incomes business lines including debt capital markets and securities, said the company in a release.

Over the past year, Oxyzo has expanded to value chains beyond OfBusiness’ B2B raw material platform with a diversified product suite and a broader customer base to include SMEs, mid-corporates, as well as the new age economy.

Oxyzo claims to have grown to an AuM of $350 million with a 100% Y-o-Y growth while maintaining its GNPA at 1.2%. Further, its recently launched fixed income and securities business line has achieved cumulative market volume of more than $1.6 million in the last 6 months. Oxyzo has been profitable since its inception and is currently at a 5.5%+ pre-tax ROA.

According to OfBusiness’ co-founder Ruchi Kalra, the group holds 70-80% stake in the company.

In October 2021, online debt platform CredAvenue scooped up $90 million equity round. Earlier, e-commerce roll-up company GlobalBees had scooped up $150 million in its Series A round which included $75 million debt. The top Series A funded startups also include Ola Electric, Mensa and Fampay.

OfBusiness will become another company that has seen a unicorn emerge from its group. Previously, Ola Electric from Ola, Paytm Mall from Paytm, PhonePe from Flipkart, Glance from InMobi and GlobalBees from FirstCry had achieved the feat. Paytm Mall, however, lost its unicorn status and is currently valued below $1 billion. 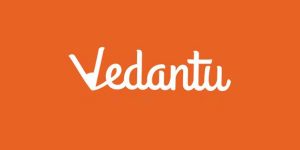