With lower prices and easy accessibility, the business of online pharmacy has emerged as one of the hottest segments in India in the past couple of years.

Even without the final regulation on online pharmacy, the startups in the segment including 1Mg, Pharmeasy, Medlife, Netmeds and Medplus, have attracted huge inflows of funds based on their potential growth.

Amidst this growth phase, e-pharmacy startup PharmEasy has raised $220 million in the latest funding round led by Temasek at a valuation of about $700 million.

The fresh capital for the Mumbai-based pharmacy aggregator has come almost one year after it had bagged a $50 million Series C round led by Eight Roads Ventures India, F-Prime Capital, and others.

Founded in 2015 by Dhaval Shah and Dharmil Sheth, PharmEasy connects patients with pharmacy stores. It delivers medicines in over 710 cities including Mumbai, Delhi, Kolkata, Pune, Bengaluru, Jaipur, Thane, and Ahmedabad.

Apart from medicine delivery, its diagnostic tests are available in Mumbai (including Thane and Navi Mumbai), Delhi, Kolkata, Pune, Bangaluru, and Ahmedabad. The firm claims to serve over a million customers.

Recently, PharmEasy was also in talks for raising $100 million from SoftBank. However, the deal has not materialized yet.

As per Kalagato’s latest report, Pharmeasy has replaced 1mg as a top player with the most frequency of purchase on the platform from users in a month.

PharmEasy is leading the transactions volume market share at 29% whereas its rival 1mg witnessed significant downfall to 18% from 23% in the same period. 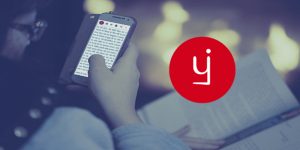